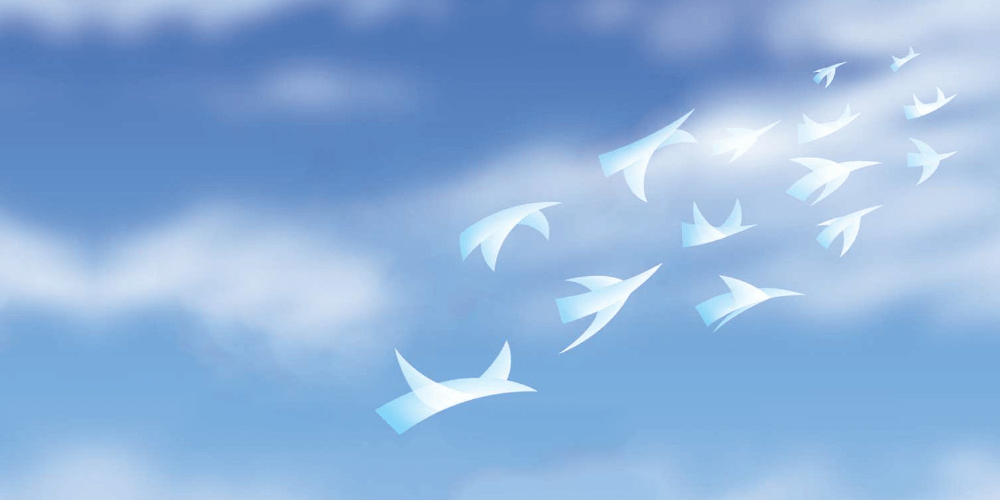 We have been emphasizing on the fact that in recent years we are going through an “extraordinary period” marked by the alarming distortion of democracy, rule of law and human rights. In the introduction section of 2015 Treatment and Rehabilitation Centres Report, we have shared our experiences of all the devastating effects of the conflict environment resumed in July 2015 accompanied by the implementation of “all-day-long curfews” we cannot even imagine, in which we lost our close friends. In addition, especially from 2015, we are all experiencing how suicide bombs and attacks aimed at civilians have caused deaths of many people and led to a deep wound in the social fabric and the sense of trust in the society. In an environment where human rights violations are already significant; we are deeply witnessing the destructiveness of the great evil, which emerged in its totality after the state of emergency, declared following failed military coup attempt on July 15, 2016. We are also going through the effects of war, which has been on-going for many years in our nearby region, more distressingly each day.

As remarked in some of our statements, in previous periods, issues such as disproportionate restriction of rights, excessive use of the authorities by the state officials or the impunity that has brought continuity to the violations were on our agenda. With state of emergency declared de facto in 2015 July, and formally after 2016 July, and the subsequent decrees having force of law; we are facing a more radical and vital problem, “that of persons not considered as subject of rights”.

In addition to that, I believe how this struggle for human right is invaluable becomes more obvious in terms of both today and tomorrow, when we consider that our many friends unfortunately lost their lives, were arrested and imprisoned, had to leave to the country, dismissed from their posts, prosecuted, moreover, many organizations were closed or supressed.

Despite all these struggles, we could not prevent the process, which inflicts deep wounds on our society, however, without a shadow of a doubt, this does not mean that we will not prevent it in future as well. We are aware of the fact that we are going through a difficult period in terms of the historical context. However, we know that all these experiences are humanly-devised and for this reason, we believe that they are not “fate” but rather are temporary and preventable in a near future.

It is an important gain what human rights movements can accumulate especially when we consider that this movement has created itself under the condition of “official” state of emergency in 1980s and from the beginning, it has been struggling for defending and improving human rights. Without doubt, not preventing this damage despite all these effort makes essential a deep and critical examination of the history of human rights movement, and its very concepts in the light of previous experiences. We thus, need to give priority to the empowerment of the human rights movement and improvement of its scope, as far as possible, to end our agonies. Also, we need to make an effort in order to improve our idea of a common life based on human rights, despite the attempts to destroy this ideal.

It should be highlighted that despite limitations, the whole HRFT environment is in an overwhelming effort to conduct high-quality work, while on the other hand experiencing a deep feeling of belatedness and of inadequacy in the face of the developments in our country, which are even difficult to imagine. As your friend bearing the duty of presenting this work, I would like to extend my apologies for shortcomings concerning what should have been done, as well as those concerning the present report, while also considering If we “the extraordinary period” which affects all aspects of our lives, and the possible limits of drafting a report of such a year with all its spirit.

Each year, the Human Rights Foundation of Turkey (HRFT) shares its Treatment and Rehabilitation Centres Report, the documentation of physical and psychological treatment and rehabilitation services offered by all its centres to persons exposed to torture, other cruel, inhuman treatment and punishment.

Human Rights Foundation of Turkey (HRFT) was established in 1990, by Human Rights Association (IHD) in the presence of 32 intellectuals and legal entities, as a result of efforts made within the Turkish Medical Association (TTB) and Human Rights Association (IHD) environment. HRFT, for 27 years, has been providing physical and psychological treatment and rehabilitation services to individuals subjected to torture and other cruel, inhuman, or degrading treatment and punishment, and working for documentation and prevention of human rights violations. HRFT is an internationally recognized and reputable human rights organization. Moreover, as stated in the third article of its statute, HRFT aims to provide periodical or non- periodical documentation and publications, numerous trainings and scientific studies regarding all aspects of human rights defined by international human rights documents and domestic law.

This service, HRFT provides for resolution of the physical, psychological, and social problems of the torture survivors, is undertaken by professional and volunteer teams of hundreds of individuals from different fields of expertise, health professionals being in the first place, and with a multidisciplinary perspective.

Again, via our “Mobile Health Teams”, program targeting regions experiencing gross/serious torture and other human rights violations and launched on 2008, we received 9 applications in 2016.

As necessitated by a holistic and multidisciplinary approach to struggle against torture and violation of rights, HRFT drafted numerous alternative medical reports for documentation of torture upon request of torture survivors from Turkey and various countries around the world. These reports are recognized and respected by many judicial bodies in international arena such as UN Council of Human Rights. In this sense, HRFT can be considered as a school when taking into account of its roles in documentation of torture being in the first place and treatment of torture survivors.

Within this scope, 42 alternative forensic reports/epicrises are prepared by our Treatment and Rehabilitation Centres in the year 2016.
HRFT has taken leading role in the processes of formation of UN The Manual on Effective Investigation and Documentation of Torture and Other Cruel, Inhuman or Degrading Treatment or Punishment (Istanbul Protocol) proposed by UN to use all over the world, and accepted by Turkish State as a standard in forensic medical examinations. HRFT has also been organizing İstanbul Protocol Trainings in which many medical and legal experts take place in both Turkey and various place in the world.

While HRFT’s scientific and objective leading works on the documenting an treatment of torture resonate and are recognized at the international arena, HRFT has been invited to many conferences and meetings or taken place in organization of them, itself.

Many survivors of torture and other forms of ill-treatment are also affected by other components of complex trauma. HRFT is aware of the fact that more than medicine is needed to achieve redress to the greatest extent possible. Therefore, since 2004, HRFT is conducting work for developing an integrative and multidisciplinary program that also handles the problem of complex and social trauma. Within this context, since 2000, through various activities such as national and international education, panel, symposium social trauma program has been treating under tree main framework: truth, justice and treatment.

Moreover, following the bombing attacks on 20 July 2015 in Suruç, on 10 October 2015 in Ankara, “Psycho-Social Solidarity Network” activities have been launched mainly on the basis of cities, together with the institutions carrying out work towards individuals affected by the concerned bombing attacks (HRFT, Psychiatric Association of Turkey, Turkish Psychological Association, Psychologists for Social Solidarity, Turkish Medical Association, Association of Social Workers, Trauma Studies Association, and Couple and Family Therapies Association). Specially HRFT has been carrying the struggle for those individuals affected from the massacres aimed civilians, and which, unfortunately, climbed in 2016. During the year 2016, HRFT received 415 applications within the scope of Psycho-Social Solidarity Network.

In order to follow the violations of rights and immediately reveal them, and thus prevent violations of rights in Turkey, HRFT publishes the daily and annual human rights reports and reports for special violations and events, in both Turkish and English languages. In this context, HRFT has developed an objective and reliable system for the documentation of severe/ serious human rights violations, torture being in the first place, and as such, formed an important accumulation of knowledge.

Within the clash environment which aroused again, including practice of all-day-long curfews that are even difficult to imagine, HRFT has made an effort for documentation of gross/ serious human rights violations and for contributing to redress processes, including legal redress. Moreover, reflecting its attitude based on its fundamental values, HRFT has also made an effort at all levels, both against the military coup attempt, and gross/serious human rights violations caused by state of emergency practices and decrees having force of law; since the process of suppression of the coup attempt in 15 July 2016.

Within the scope of the “Treatment and Rehabilitation Project”, in addition to treatment and rehabilitation activities in 2016, large number of trainings (programs of Istanbul Protocol Training both in Turkey and abroad; trainings for trauma including art therapy) and a total of seven scientific studies (A Diagnosis Method in the Research on Torture in IRCT International Symposium in Mexico, 5-7 December 2016: Bone Scintigraphy Study; A new method of torture: hand-cuffing behind the back; Effectiveness of non-invasive digital infrared thermal imaging (DITG) method on torture: case report; study on “Evaluation of HRFT applicants’ cases within the scope of the Gezi Park process, and studying the effects of judicial processes on the rehabilitation process of torture survivors “; three studies presented at the 13th Congress of Forensic Sciences held on 27-30 April 2016 -”Being a relative of a torture survivor”, “Torture survivor children”, Torture survivor asylum seekers”), were carried out.

In addition to the treatment and rehabilitation activities, in the context of the holistic activities carried out at many levels for the prevention of torture, an alternative report has been prepared for the session of the United Nations Committee Against Torture (CAT) on April 25-27, 2016, for the evaluation of Turkey’s fourth periodic report, and we also participated in this session. Considering especially the circumstances we experienced, Final Observations of the Committee covering various warnings, recommendations and suggestions in 47 paragraphs based on our contributions could be an important reference in the coming periods.

In order to achieve our ultimate goal mentioned above, the main mission of HRFT, is to contribute to the struggle for eradication of torture in all spheres of life, to the coping by torture survivors with the trauma they experienced, and to a full recovery – physical, psychological, and social- of the torture survivors, in other words, to create an environment of “social apology” towards the individuals and communities who have been subjected to serious human rights violations.

Undoubtedly, we would like to express that all these works are a result of joint efforts of members of the Founders’ Committee and the Board of Directors, and HRFT employees, alongside hundreds of sensitive people from different social segments and different areas of expertise, gathered together for the same cause, particularly health and legal professionals and human rights defenders from all over the country.

Once again, we would like to extend our sincere gratitude to all our friends who contributed to these works, who did not leave us alone, and to all relevant institutions, especially Human Rights Association and Turkish Medical Association, for their support since the beginning of our work.