ŞEBNEM KORUR FINCANCI IS STILL ARRESTED, NEXT HEARING IS ON 11 JANUARY 2023 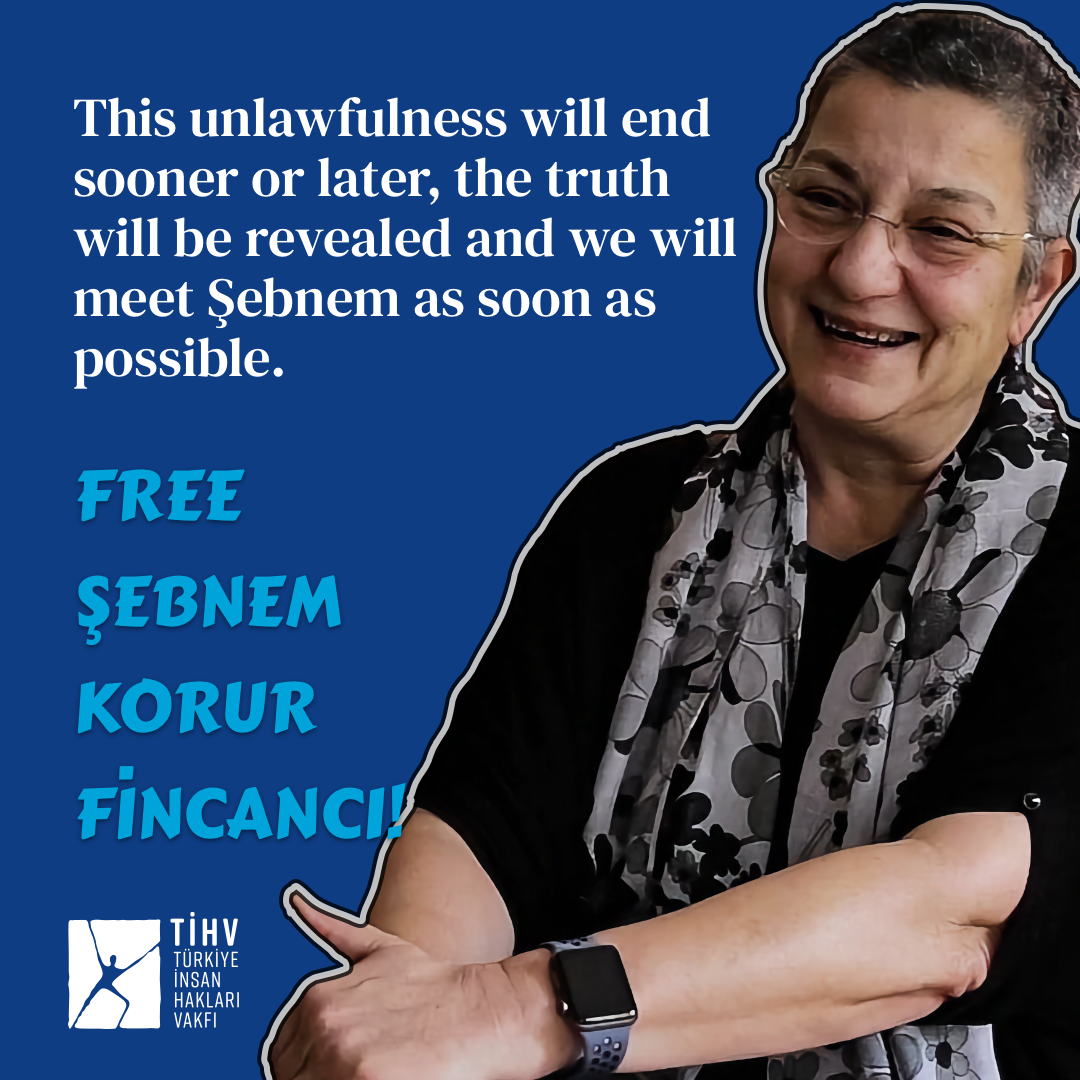 Description of the Situation:

As explained in detail the Urgent Call on 26 October, the Update on 27 October 2022, and the Update on 23 December 2022. Şebnem Korur Fincancı is facing arbitrary arrest and judicial harassment for her human rights advocacy.

The second hearing for Şebnem’s case was held today, 29 December 2022. The prosecutor reiterated their final opinion, requesting the conviction of Şebnem. Şebnem and her attorneys delivered their statements. Consequently, Istanbul 24th Heavy Penal Court decided for the continuation of the pre-trial detention, and scheduled the next hearing on 11 January, at 10.00 am.

HRFT is certain that Şebnem will be released and acquitted from these trumped-up charges as soon as possible. Our hope is very much based on the international solidarity you showed every time. Once again, we thank you for that.

We will update you with further details on Şebnem’s case.

HRFT urgently invite you to support this call and take action in respect of the authorities of Turkey to:

Chairperson of the Human Rights Foundation of Turkey (HRFT)