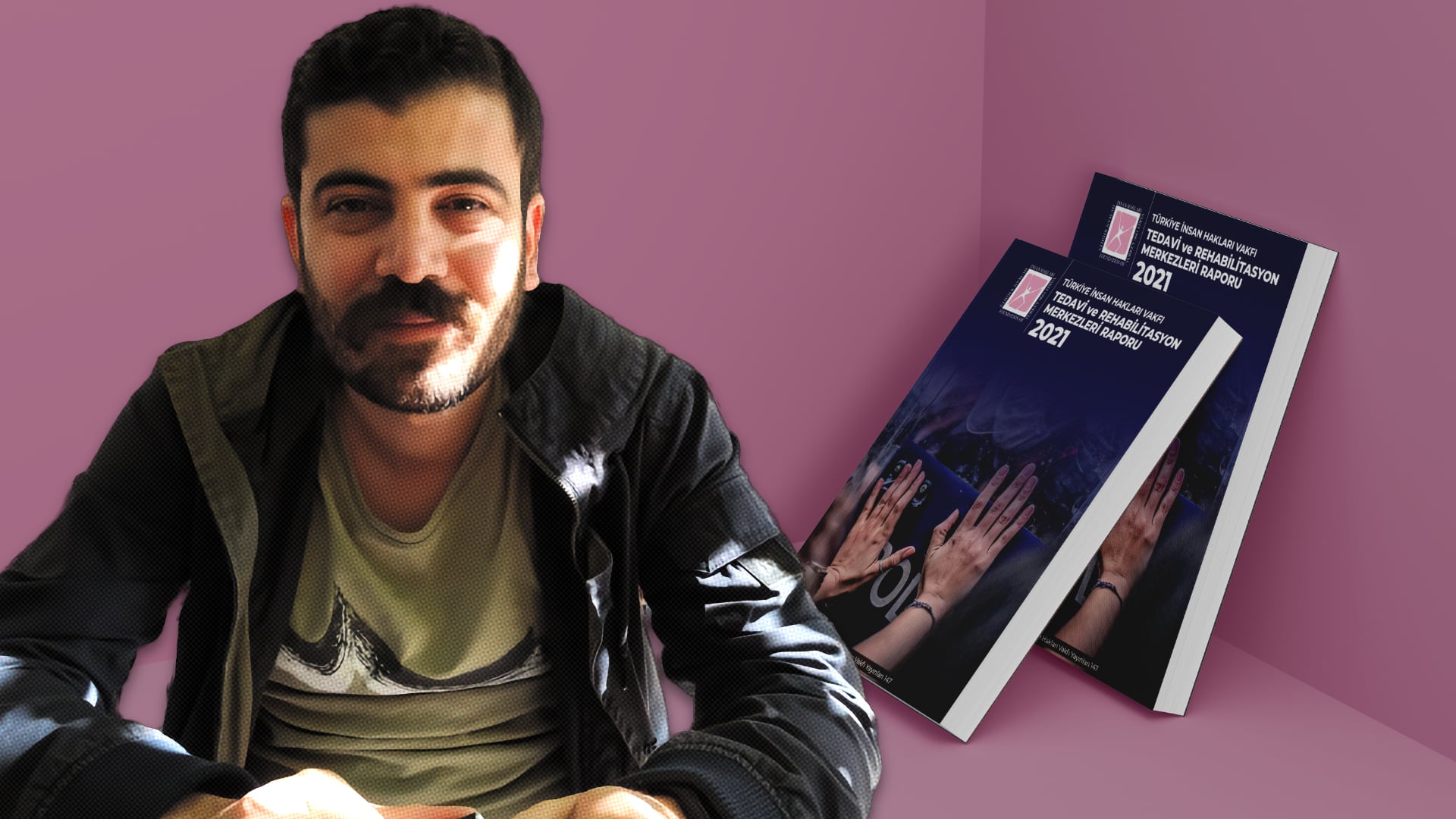 Unfortunately, for a long time, human rights defenders in Turkey have not been able to fulfill their indispensable, legitimate functions and roles of protection and development of fundamental rights and freedoms, and the full establishment of respect to human rights, which are essential for a democratic society.

Defending human rights is a universally recognized right. This right derives from universal human rights that are indivisible, interdependent and interrelated. States guarantee respecting, protecting and realizing these rights for all citizens without discrimination. Effective protection of the dignity, physical and psychological integrity, freedom and security of human rights defenders is a prerequisite for the realization of the right to defend human rights.

Our friend Bilal Yıldız, who has been working as a Social Worker at the Human Rights Foundation of Turkey (HRFT) Istanbul Representative for many years, has unfortunately been detained unlawfully and arbitrarily since 11 June 2022 for exercising his right to defend human rights.

Indeed, our friend Bilal Yıldız is a determined and consistent human rights defender. For many years in the HRFT Istanbul Representative, he has been helping the torture survivors and their relatives in their treatment and rehabilitation processes, and has been working to ensure their social well-being. In other words, he dedicates his professional expertise, experience and youthful energy to the reparation of people who have been subjected to gross and serious human rights violations, especially torture and other ill-treatment.

However, Bilal Yıldız, who is struggling for the ideal of a torture-free Turkey and the world, was himself subjected to torture and other ill-treatment by the specially equipped law enforcement officers who raided his house in Istanbul on Friday, June 3, 2022. During his detention, he was exposed to and witnessed unlawful practices that disregarded the procedural safeguards, the same as what he listened to, identified and documented while giving support to persons subjected to torture and other ill-treatment. With years of experience working in the field, he detected the violations and invited officials to comply with the requirements of the Istanbul Protocol, an international guide for the effective investigation and documentation of torture.

Bilal Yıldız was arrested in an unacceptable manner on 11 June 2022 as a result of a hasty trial by the court, where he was brought out at midnight, after an 8-day detention period with the 22 members and directors of the Migration Monitoring Association (GÖÇİZDER), with whom he was taken into custody.

So, what was the reason for our dear friend’s arrest? Literally nothing… In other words, arbitrariness… To put a pressure on civil society and human rights defenders.

As a matter of fact, the content of the indictment submitted by the Istanbul Public Prosecutor’s Office on September 1, 2022 and accepted by the Istanbul 26th High Criminal Court on September 16, 2022, is clearly shows the aforementioned arbitrariness and purpose of pressure. In the indictment, the human rights advocacy activities of dear Bilal as a whole are tried to be criminalized without any legal basis.

As we repeat on every occasion, the universal human rights law, of which Turkey is a part, clearly states that the responsibility for the protection of rights defenders rests directly with the States. In this regard, States are obliged to protect human rights defenders against violence, threats, acts of retaliation, de facto or legal discrimination, pressure or other arbitrary acts, and to consider all these as crimes and take action. In other words, human rights defenders cannot be subjected to unjustified judicial and administrative proceedings or other types of proceedings in which administrative authority is abused, to criminalization, arbitrary detention or arrest, and other types of sanctions due to their activities in the field of human rights.

We would like to remind you once again that arrest is bound to strict conditions and rules both in the Constitution and laws, as well as in international human rights conventions and documents, as it severely limits the freedom of suspects whose guilt has not yet been proven with a final verdict. Thus, detention must comply with the principles of lawfulness, convenience, proportionality and necessity. It is nothing but a measure that should be applied last and carefully and not as a punishment. Despite all the objections, the fact that our friend, who has been imprisoned for more than four months, was not released, turned his detention from being a precaution into a punishment.

Hence, this lawsuit is used as means of retaliation and punishment against the legitimate human rights advocacy activities that Bilal Yıldız continues as a requirement of his responsibility as a human and citizen.

However, it should be clearly known that Bilal Yıldız is not alone. As the entire HRFT community, we stand by our friend and we will continue to stand by him under all circumstances. On this occasion, we call on the political power and all other authorities to immediately release Bilal Yıldız, and to put an end to all kinds of harassment, including judicial, against all human rights defenders in Turkey, especially GÖÇİZDER members and administrators. On the other hand, we invite the democratic public to voice more strongly and to increase solidarity against such practices that suppress the advocacy climate and lead to the complete closure of the civil space.

We will continue to repeat these calls until our dear friend Bilal Yıldız and all other human rights defenders are freed and the requirements of the United Nations (UN) Declaration on the Protection of Human Rights Defenders are fulfilled unconditionally.