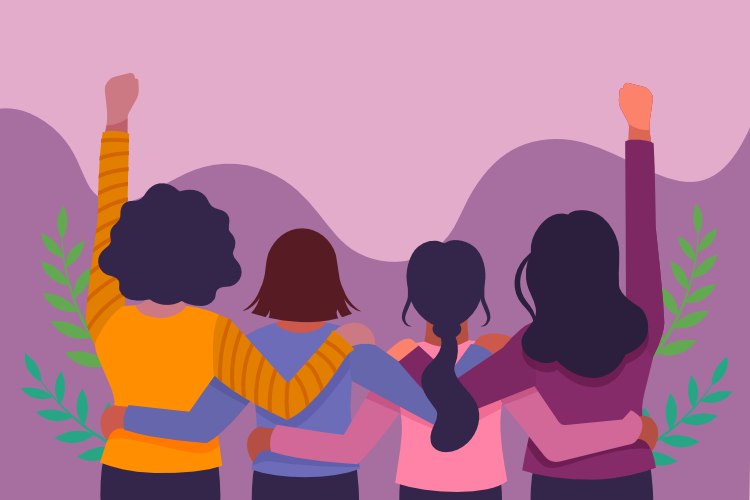 Human Rights Foundation of Turkey (HRFT) is writing to raise its serious concerns regarding the judicial harassment faced by Elif İpek Tirenç Ulaş, a board member of the Rosa Women’s Association (Rosa Kadın Derneği), a lawyer, and a women’s rights defender in Turkey.

HRFT would like to request your urgent support, in view of Elif İpek Tirenç Ulaş, upcoming trial hearing scheduled on 22 December 2022, before the Diyarbakır 8th Heavy Penal Court.

Description of the Situation:

Elif İpek Tirenç Ulaş faces a criminal proceeding based on her civil society and women’s rights advocacy and exercise of her right to assembly and association. The allegations against her relate to the charges of “membership in an armed terrorist organization” (Article 314/2 of the Turkish Penal Code), before the Diyarbakır 8th Heavy Penal Court. As of May 2020, Diyarbakır prosecution authorities initiated a bulk investigation against the Rosa Women’s Association members and divided individual cases per person. The investigation against Elif İpek Tirenç Ulaş initiated in August 2020.

According to the indictment drawn up by the Diyarbakır Chief Public Prosecutor’s Office, the charges relate to the dire allegation of the Rosa Women’s Association is praising and defending the activities and principles of PKK (Kurdistan Labour Party), therefore, members and board members of the Association are members of an armed terrorist organization. Starting from May 2020, a great number of women, either members of the association, or even survivors of violence who applied to the association, have faced police raids, been detained, arrested, and gone through trumped-up criminal investigations and prosecutions. Various lawful and legitimate activities of the association, including women’s marches, protests, interviews and press releases were alleged to be terrorist activities. The overall judicial harassment faced by the Rosa Women’s Association members have been announced multiple times by many civil society organizations.

So far, Diyarbakır 8th Heavy Panel Court heard 7 hearings, and did not inquire into the allegations and defenses of the parties. In the 7th and latest hearing of the case held on 22 September 2022, the presiding judge of the Diyarbakır 8th Heavy Panel Court, ordered every interview, press releases, public event, and all sorts of public activities organized by the Rosa Women’s Association to be added to the case file, since the defendant, Elif İpek Tirenç Ulaş, is a board member of the association. Therefore, the presiding judge of the Diyarbakır 8th Heavy Panel Court grossly infringed the criminal procedure and due process, since they expanded the allegations in the indictment. The presiding judge overruled the procedural objections against this decision. In this hearing, the prosecutor also announced their final opinion, and reiterated their request in the indictment to convict Elif İpek Tirenç Ulaş.

The next hearing is set to take place on 22 December 2022, at 9.40 am. If sentenced, Elif İpek Tirenç Ulaş could face between 5 to 10 years imprisonment.

The criminal proceedings against Elif İpek Tirenç Ulaş has reached to a level where all the activities of the Rosa Women’s Association are, once again, bluntly criminalized and connected to terrorism-related charges. This case sets another example to the instrumentalization of anti-terrorism legislation to suppress and silence human rights defenders in Turkey. Elif İpek Tirenç Ulaş’s board member status within the Rosa Women’s Association, is categorized as membership to an armed terrorist organization, which is a clear violation of her freedom of assembly and association, also her right to defend human rights.

HRFT underlines that criminal proceedings against Elif İpek Tirenç Ulaş are part of the relentless repression ongoing for the years, by the authorities in Turkey against women’s rights defenders. The pending association closure case against the We Will Stop Femicide Platform Association, arbitrary arrest of women’s rights defenders in Diyarbakır in March, and latest police crackdown against the protestors on November 25, marching to commemorate the International Day for the Elimination of Violence Against Women, can be shown as the latest components of this ongoing pattern. Rosa Women’s Association has been directly targeted by the authorities in Turkey, which has attacked, stigmatized and threatened the organization on numerous occasions for their work in defense of women’s rights.

Ahead of the hearing on 22 December 2022, HRFT kindly and urgently invite you to support and take action for the authorities of Turkey:

Chairperson of the Human Rights Foundation of Turkey (HRFT)