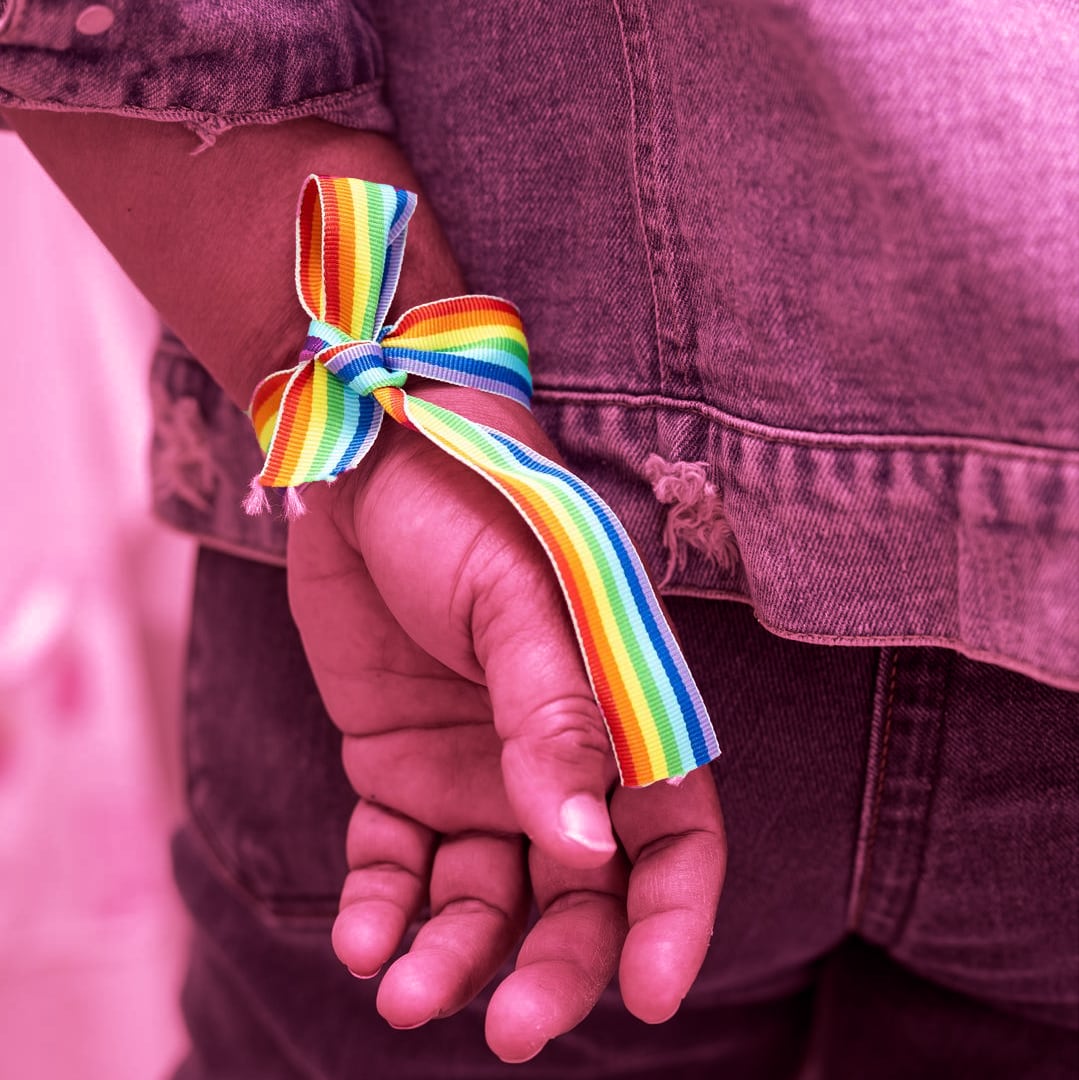 Paris-Geneva-Ankara, July 6, 2022 – 373 people were detained during the Istanbul Pride March that took place on June 26, 2022, in a context of systematic targeting of LGBTIQ+ people, defenders and organisations. The authorities must put an immediate end to all acts of harassment against LGBTIQ+ rights defenders in Turkey, four human rights organisations said today.

Since May 20, 2022, a variety of Pride marches and events were attacked by the police, banned, stigmatised or criminalised all over Turkey, and many peaceful protesters and LGBTIQ+ rights defenders were arbitrarily detained. A total of 10 bans were imposed against Pride Month events and up to 526 LGBTIQ+ persons, including many LGBTIQ+ rights defenders, were detained in a period of 37 days.

On May 20, 2022 police officers attacked the 9th Boğaziçi Pride March, organised by the Boğaziçi University LGBTIQ+ Studies Club (BÜLGBTİA+) in Istanbul. Private security personnel interrupted the march and notified the police, who attacked the students gathered for the march. 70 students were arbitrarily detained, despite the lack of a dispersal warning. The students were released the next day.

On June 5, 2022, police officers attacked LGBTIQ+ rights defenders gathered in Kadıköy, İstanbul, for Pride Month and detained 11 of them. They were released later on the same day at night.

On June 10, 2022, police officers attacked the 10th Pride March held at ODTÜ, Ankara’s prestigious Middle East Technical University. As a result, 38 individuals were detained and released later that night.
On June 11, 2022, the Çanakkale Governorship banned the 1st Çanakkale LGBTIQ+ Pride Week, following harassment and threats on social media against LGBTIQ+ people by extremists. Çanakkale LGBTIA+ Initiative MUAF, Çanakkale Feminist Solidarity and Çanakkale Community Center brought a lawsuit against the ban.
A Pride Picnic that was to be held by the Istanbul University Equality Society on June 17, 2022, in the campus, had to be cancelled after a religious and nationalist extremist group gathered in front of the campus, shouting at the participants of the picnic  and threatening them. Police rounded 26 LGBTIQ+ rights defenders and, under the guise of protecting the activists from the group, took them to a police vehicle. They were arbitrarily detained instead, while the members of the extremist group were not. Police also referred to the Pride Picnic as “the supposed Pride Picnic” in the records. The activists were released later that night.
On June 19, 2022, the governor of Gaziantep targeted the 1st Antep Pride Week on Twitter, saying that “there are posts that perverted events will be held in Gaziantep” and stating that they will not allow this. After the statement, the Antep Pride Week committee members were targeted on social media and received death threats. As a result, the events had to be cancelled.
June 20, 2022 marked the beginning of the 30th Istanbul LGBTIQ+ Pride Week. In the afternoon, the Beyoğlu and Kadıköy District Governorships banned both indoor and outdoor events of the Pride Week for 7 days “to protect peace, security and well-being and prevent the commission of crimes” under Law No. 2911 on Meetings and Demonstrations. The Istanbul Pride Week Committee and Social Policy, Gender Identity and Sexual Orientation Studies Association (SPoD) brought a lawsuitfor the annulment and stay of execution of the bans. This is the first time since 1993 that all pride week events are being banned in Istanbul; since 2015, the Pride March has been banned every year on discriminatory and illegal grounds. Meanwhile, religious extremists targeting LGBTIQ+ people made a call to gather in Taksim on the day of the Pride March “to protect the family, generation and city and say stop to perversion”.
On June 20, 2022, police arbitrarily prevented a film screening to be held for World Refugee Day under the 1st Datça Pride Week in Muğla. When participants gathered outside to make a press statement, the police attacked them.
Even though the 10th Izmir Pride Week began on June 20, 2022, all public events in the city were banned by the Izmir Governor on June 24 without mentioning pride events.
On June 24, 2022, the Eskişehir Governor banned all public events for 15 days on the basis that the pride march would take place. Just a month before, anonymous leaflets that called for LGBTQI+ people to be “stoned to death” were distributed in Eskişehir. The Eskişehir Pride Committee filed a lawsuit for the annulment and stay of execution of the ban.
On June 26, 2022, police attacked the Istanbul Pride March and detained 373 people. The detained individuals and rights defenders, which included 34 minors, were brought to Istanbul Security Directorate to provide their statements. They were kept handcuffed from behind in buses for hours. They were denied food or water, and many detainees reported torture by police officers. Police also physically attacked lawyers representing the protestors, sexually assaulting two female lawyers. The detained protestors and rights defenders were released on June 27, 2022, in the early morning.
On June 26, 2022, police attacked the Izmir Pride March and detained 12 people. They were later released.
The Observatory for the Protection of Human Rights Defenders (FIDH-OMCT), Human Rights Association – İHD and Human Rights Foundation of Turkey – TİHV strongly condemn the violent aggression against peaceful protesters and LGBTIQ+ rights defenders during the different Pride Marches and related events in Turkey, and urge the Government of Turkey to put an immediate end to the ongoing criminalisation and harassment of LGBTIQ+ rights defenders in the country and ensure their safety and well-being.
The Observatory, İHD and TİHV further call on the authorities to uphold the right to freedom of peaceful assembly as protected by the Constitution of Turkey as well as by international human rights law, and stop introducing disproportionate restrictions to the legitimate exercise of human rights by civil society and citizens of Turkey.
The Observatory, İHD and TİHV finally call the authorities in Turkey to include sexual orientation and sexual identity as bases of discrimination in the legislation of Turkey and ensure that LGBTIQ+ people are equally protected under the law from violence and discrimination.

The Observatory for the Protection of Human Rights Defenders (the Observatory) was created in 1997 by FIDH and the World Organisation Against Torture (OMCT). The objective of this programme is to prevent or remedy situations of repression against human rights defenders. FIDH and OMCT are both members of ProtectDefenders.eu, the European Union Human Rights Defenders Mechanism implemented by international civil society.

The Human Rights Association (İHD, İnsan Hakları Derneği) was founded on July 17, 1986, by 98 people, including lawyers, journalists, intellectuals, but mainly relatives of political prisoners. The sole objective of İHD is to carry out activities in defense of human rights and freedoms. Together with its headquarters, 27 branches and 7 representations, İHD is Turkey’s biggest non-governmental human rights organisation and has been a member of FIDH since 1996. IHD is also a member of OMCT SOS-Torture Network.

Human Rights Foundation of Turkey (TİHV, Türkiye İnsan Hakları Vakfı) is an internationally recognized civil society organization that has been offering treatment and rehabilitation services for those subjected to torture and other forms of ill-treatment along with their relatives, and has been working to prevent human rights violations most notably torture since 1990.