İHD-HRFT: The Court of Cassation Judgment Rendered for Canan Kaftancıoğlu Cannot Be Accepted! 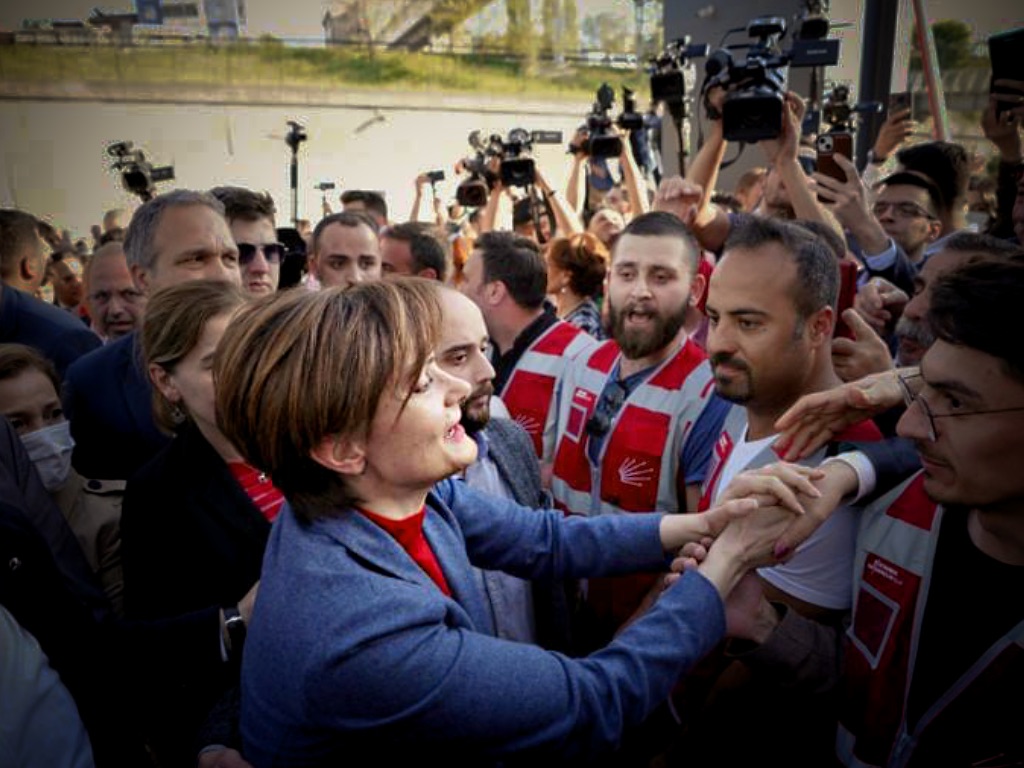 This judgment, which very much transgresses a violation of rights becoming one that destroys the essence of a right, handed down to CHP’s İstanbul Chairperson Canan Kaftancıoğlu is nothing but the full closure of the democratic opposition field by means of the judiciary. We, nevertheless, believe that we shall overcome such trying times against all odds by promoting the struggle for rights and solidarity.

We, as human rights organizations that take it as our duty to protect and promote human rights and democracy, are deeply concerned by recent developments coming in one after another.

Unconscionable rulings rendered in the Gezi Trial, the dissolution lawsuit brought against Peoples’ Democratic Party (Halkların Demokratik Partisi -HDP), parliamentary motions to lift deputies’ parliamentary immunity at the Grand National Assembly of Turkey (GNAT), the closure lawsuit filed against the We Will Stop Femicide Platform Association, public prosecutor’s request for a political ban on İstanbul’s mayor Ekrem İmamoğlu, lawsuits brought against the executives of human rights organizations, and many more developments far too numerous to count in this statement are clear signs that attempts are being made to drag us into a pitch black darkness.

Closing down the democratic opposition field, such decisions to punish civilian and political actors that represent hope and belief that another country and world are possible have taken on the form of naked oppression. Because the main goal here is to prevent the society to hope for the existence of a different demand other than the one imposed on it and for the possibility of a democratic politics while, in fact, the will to citizenship is being crippled with each “punished” individual.

Yet another development that justified our concerns was the upholding of a conviction ruling by the Court of Cassation that had been handed down to Republican People’s Party’s (Cumhuriyet Halk Partisi -CHP) İstanbul Chairperson Canan Kaftancıoğlu on the grounds of some social media posts dating back to 2013. We think that this judgment by the Court of Cassation is blatantly against recent judgments by the European Court of Human Rights (ECtHR) delivered with regards to offenses “insulting a public officer,” “insulting the president,” “publicly degrading the state of the Turkish Republic.”

We live under circumstances that require us to declare that such repressive practices are acts that very much transgress violation of rights terminating the essence and existence of rights as well as reducing the reference of the relationship between the state and citizen as well as between citizen and citizen to a demand for obedience. Such circumstances encumber both on human rights defenders and individual citizens certain responsibilities beyond being concerned. We immediately must find ways for cooperation, solidarity and common struggle under these circumstances that clearly reveal that no rights field can be separated from one another, and rights are holistic. We must promote an opposition field that will lay bare the will to democratically coexist and one that is respectful of all rights and must not give up on showing the existence of hope.

As human rights organizations, which have never abandoned defending human rights and democracy in Turkey even under the direst of conditions, we have been following with great concern the latest judgment handed down to Canan Kaftancıoğlu along with the others we have listed above. We, nevertheless, believe that we will overcome these trying times against all odds by promoting the struggle for rights and solidarity.

OTHERS
Anti-Torture Experts Launch updated ‘Istanbul Protocol,’ the New Global Standards for Investigation and Documentation of Torture
Joint Statement by İHD-HRFT on the Gezi Park Trial Verdict
Joint Statement by 46 Organizations Regarding the Continuing Closure Case Against HDP
Joint Statement on Arbitrary Arrest of Women’s Rights Defenders in Diyarbakır
Side Event To The UN Human Rights Council 49th Session
Show All
HRFT TWITTER
Show All