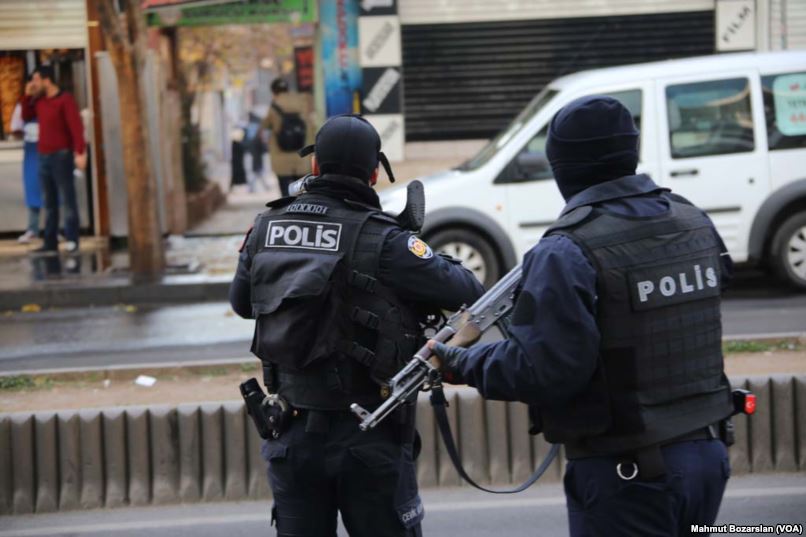 On the fifth anniversary of the visit of the United Nations Special Rapporteur on torture, the undersigned organisations denounce that, despite the alleged “zero tolerance to torture” policy by authorities in Turkey, torture continues to be widespread and remains one the most worrying human rights problems in the country.

Five years have passed since the Special Rapporteur on torture conducted his visit to Turkey to assess the prevailing situation and challenges concerning torture and other cruel, inhuman or degrading treatment or punishment. Although the officials in Turkey had stated at the time their commitment to investigate, prosecute and punish those responsible for the use of torture and other forms of ill-treatment, the grim reality on the ground tells a different story. In fact, several regressive measures have been implemented that are considered as a significant backslide in terms of tackling impunity and guaranteeing basic human rights.

A rise in incidents of torture, ill-treatment, and cruel and inhuman or degrading treatment in police and military custody and in prison over the past years has overshadowed Turkey’s earlier progress in this area. This has been due, among others, to the violation of procedural guarantees, long-term custody periods, and wilful negligence that have become a common practice at various levels of the State.

There is also a steady increase in the use of the anti-terrorism law against individuals by public prosecutors. The concept of “terrorism offences”, which is highly problematic regarding its broad and vague definition, has been instrumentalized and misused as a pretext to silence, oppress and criminalize political dissidents. According to the data provided by the Council of Europe, Turkey has the largest population of inmates convicted for terrorism-related offences. The country’s prison population rate has increased by 115.3 percent in the last 10 years; this has led to Turkey having the highest incarceration rate of the 47 Council of Europe member countries in 2020.

The Government of Turkey continues to pursue a repressive agenda even during its fight against the pandemic. When the Grand National Assembly of Turkey passed an early parole law in April 2020 aimed at reducing the inmate population of the country’s overcrowded prisons due to the pandemic, the legislation excluded political prisoners such as politicians, journalists, lawyers, academics and human rights defenders convicted under the country’s controversial counter-terrorism laws.

While the European Committee for the Prevention of Torture (CPT) has conducted three ad- hoc and two periodic visits to Turkey since July 2016, the Government granted permission for publication of only two of the CPT reports identifying ill-treatment in police custody as well as degrading conditions and overcrowding in prisons. The sheer absence of independent monitoring and prevention mechanisms is also evident based on the inability of civil society organisations in Turkey to access places of detention, which has also exacerbated the issue.

The freedom of speech, freedom of association and assembly of opposition politicians, journalists, human rights defenders, and all those who criticise the government’s policies are under constant attack. Dissenting voices continuously face judicial harassment on various grounds for the exercise of these rights.

The rights to freedom of speech and free assembly have been severely restrained through legal restrictions and abusive practices by the authorities, with some groups being particularly stigmatised and marginalised. The authorities have especially targeted women and LGBTI+ groups by banning events, including Pride marches and by endorsing homophobic speeches by senior State officials.

While femicide and domestic violence remain major problems in the country, Turkey’s withdrawal from the Istanbul Convention in July 2021 is a significant setback for women’s and girls’ human rights. Unfortunately, the withdrawal from the Istanbul Convention is not an isolated case in the country. National law no. 6284, which aims to protect the family and to eliminate violence against women, is now being targeted, too. Although official data on numbers are not available, women’s rights groups have reported that hundreds of women are killed annually as a result of domestic violence due to the lack of effective measures.

Torture and ill-treatment by security officers in Turkey have been widely used for a long time now, and Turkey has been repeatedly criticised by international actors for not considering the peaceful nature of the assemblies when policing demonstrations. This is mainly due to the lack of condemnation from higher officials and readiness to cover up allegations rather than to investigate them. The case of the Saturday Mothers is emblematic of the criminalisation of peaceful protests by the authorities.

On the fifth anniversary of the visit of the Special Rapporteur, we remind the authorities in Turkey about the ten benchmarks for zero-tolerance policy on torture and call for urgent and effective action on each of these points. Resetting the anti-torture agenda is a matter of vital importance for a much-needed broader rule of law programme for the country. The current situation in Turkey demands urgent steps to prevent torture and ill-treatment and address impunity. Our organisations, together with the international community, will continue to sustain and reinforce our commitment to an ambitious and credible anti-torture agenda and will continue to report and investigate allegations of torture so that perpetrators are brought to justice.