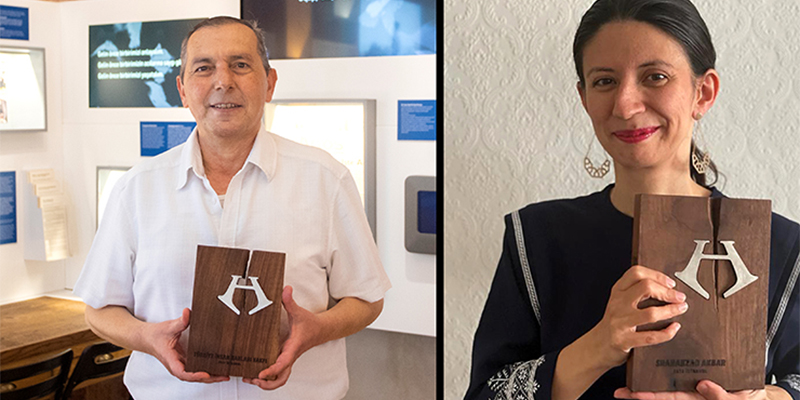 The 14th International Hrant Dink Awardlaureates were announced during the online ceremony which took place onThursday September 15 at 20:00.The award was granted to Human Rights Foundation of Turkey (HRFT) for its invaluable contribution to the building of a world free from torture and ill-treatment, the advancing of democracy, and the protection of human dignity and to Shaharzad Akbar for her resolve to put an end to the gender discrimination rampant in her country and for her consistent dedication to mobilising the international community through global solidarity among women, despite the grave women’s rights crisis.

We are honored to be the laureate of this award.

In his speech on behalf of the laureate Human Rights Foundation of Turkey, Metin Bakkalcı reiterated their resolve to continue the struggle against human rights violations with the words “…we are strengthening our work with the aim of creating an environment where torture and other gross/serious human rights violations, which is our special field of work, will come to an end. Our main goal is to realise the dream of a world without torture and to create an environment where there is no need for institutions like ours and thus to end our own existence.”

You can watch Metin Bakkalcı’s entire speech in the video below:

You can watch the entire Award Ceremony in the video below: