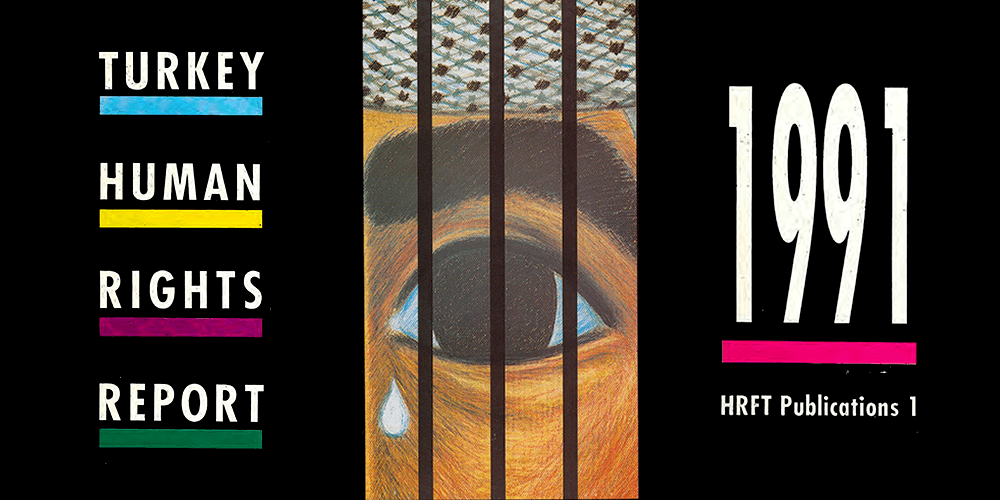 For the first time the Human Rights Foundation of Turkey (HRFD publishes a detailed annual report on human rights violations in Turkey. This study is the product of efforts towards issuing daily human rights reports. For this report, newspapers and a number of weeklies and monthlies are reviewed. In addition, information and documents from national and international sources are assessed for the report that is issued every day except for Sundays. Subjects of no immediate concern are stored in the Foundation’s computer-supported information pool and used whenever such information is requested or reports covering longer periods are written.

The report in your hands was prepared with limited resources. The small staff in our Documentation Centre spent much effort to translate this report into English. We are aware that this report is not comprehensive. Knowing that we would be unable to present findings on all human rights abuses, we excluded some subjects right from the start. There are, for instance, no sections on workers’ rights and environmental issues. In addition, only some violations were taken as examples among the vast amount of events in the human rights field.

Following an introduction to the subject and a general view by the essay of Assoc. Prof. Dr. Mehmet Semih Gemalmaz we listed the most important events of 1991 in chronological order. Many events in the chronology may be repeated in more detail in the following chapters. However, those who want to know the date of events may find this chapter useful for reference. At the beginning of the ‘VIOLATION’ section, which follows the chronology, findings “concerning the right to life” are presented.

The chapter on “torture” following the one on the “right to life” lists deaths and other cases of torture allegations in chronological order. Because of the large number of events relating to torture. Turkey’s number one human rights problem, we decided not to create subtitles and presented the reports according to the dates on which they reached HRFT. The codifying of news that was also taken up in the daily reports were maintained. These items can be traced back in the daily reports if necessary.

Following an account on prisons, the section on “VIOLATIONS” continues with several chapters on fundamental freedoms:

We spared the last chapter for the special case of emergency legislation which is of importance for almost all previous chapters. Some important initiatives taken by HRFT during 1991 are documented as appendices. The Human Rights Foundation of Turkey will continue this work in the future. In order that such reports become more comprehensive, we ask all sensitive individuals and institutions to forward information and documents without delay to the address in the cover. We also wish that as a result of the struggle for human rights, it might become unnecessary to report human rights violations in the future. We want to thank all those who under great efforts and sacrifices contributed to the preparation of this report, in particular Fevzi Argun, Gülin Dinç, and Helmut Oberdiek.