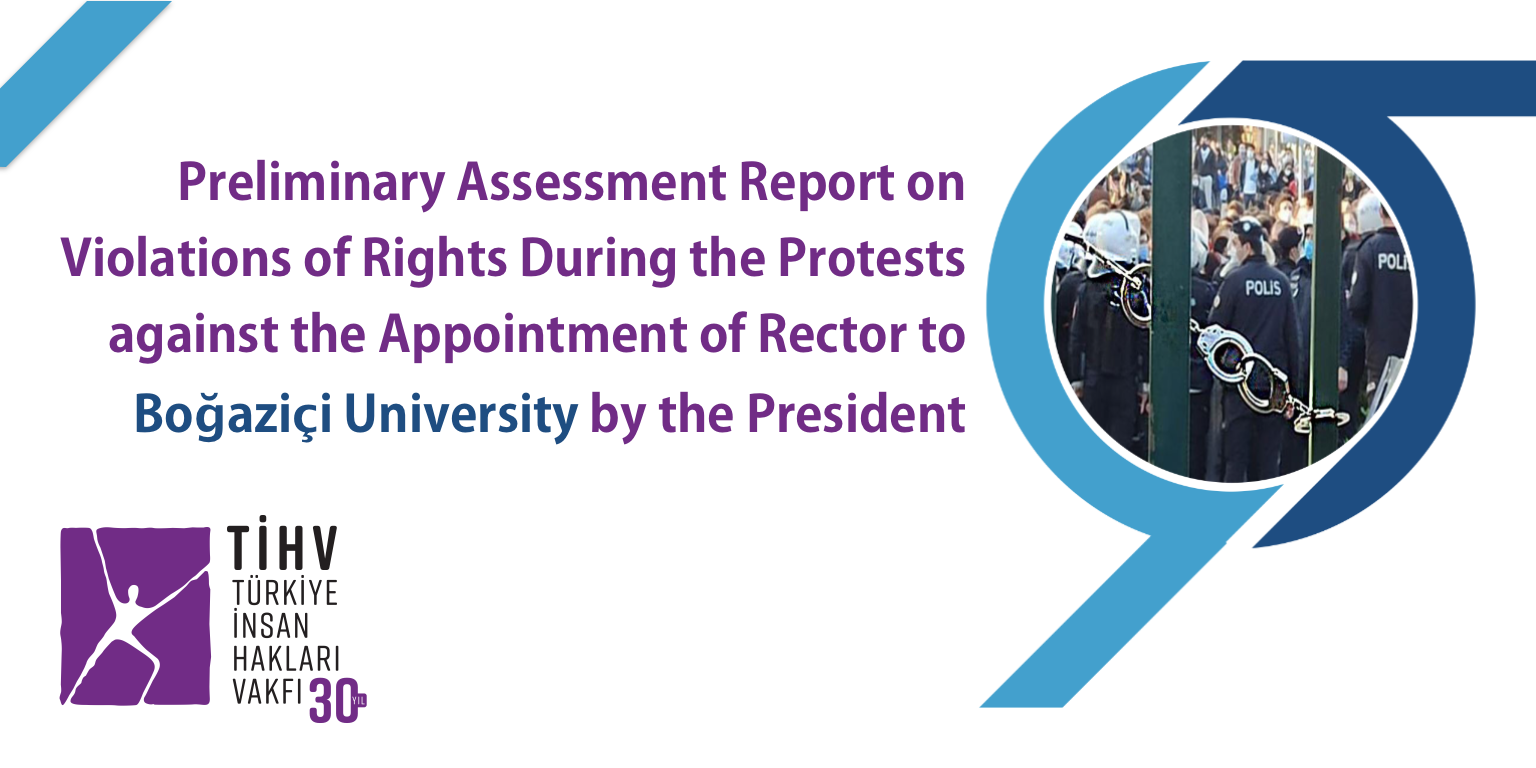 Appointment of Prof. Melih Bulu, a candidate for nomination to run in the Parliamentary elections  from President Erdoğan’s Justice and Development Party (AKP) in 2015, as the President of Boğaziçi University, has not been welcomed by students an academics.

Since the appointment published in the Official Gazette on January 1, 2021, students and academics of the university has peacefully expressed their opposition to the appointment of an unelected rector. They demanded the cancellation of the appointment of Bulu, who is an academic outside Boğaziçi University community and also a known political ally of the AKP. Students and faculty members protested that appointment which has broke a long-standing tradition of electing rectors from within university. Protests violated by police intervention, spread to other universities and cities.

Human Rights Foundation of Turkey (HRFT) published a report about the rights violations during the protests, called “Preliminary Assessment Report on Rights Violations During the Protests against the Appointment of the Rector to Boğaziçi University by the President.”