Briefing Note on Freedom of Assembly and Association in Turkey 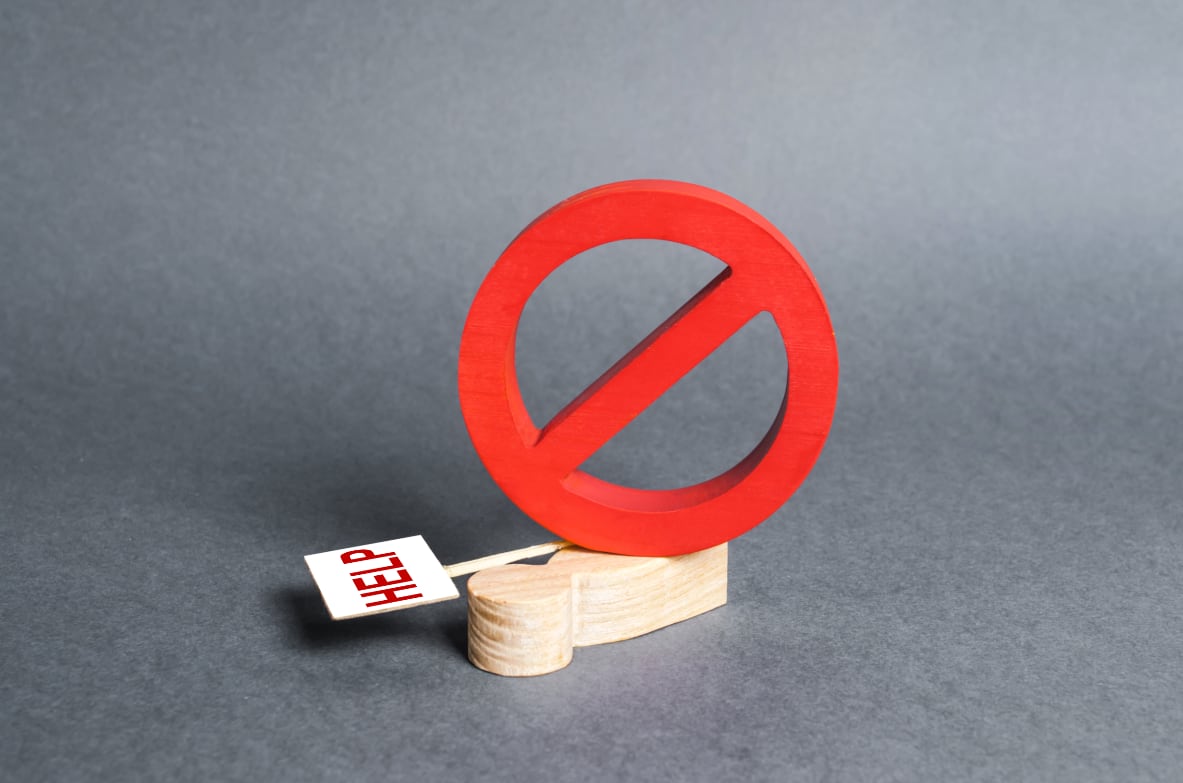 This briefing note was prepared by the Human Rights Foundation of Turkey (HRFT)[1] jointly with the World Organization Against Torture (OMCT) and the Human Rights Association (İHD) in order to bring the continuing repression, obstacles and challenges in regard to the enjoyment of freedom of assembly by human rights defenders in Turkey into view and to reinforce solidarity with human rights defenders.The crackdown on human rights defenders[2] and civil society actors continues at an alarming pace in Turkey today. The journalists, attorneys, civil society representatives, and all sorts of human rights defenders in Turkey face repression, obstacles, and challenges on the grounds of their fight for human rights and for their actions to hold the authorities accountable. These obstacles emerge through methods such as judicial harassment, administrative harassment, threats, targeting and reprisals and bans on peaceful assemblies and demonstrations.[3]

Specifically marking the resurgence of conflict in Turkey in 2015, and 2016 coup attempt and its continuing de facto state of emergency measures, the human rights climate in Turkey has reached to a level where peaceful assemblies and demonstrations have practically become impossible to organize and stage, and the right to collectively defend human rights have also been impossible to practice and enjoy. While the restriction of rights and freedoms has become the norm, enjoyment of them has been the exception.[4] Meanwhile, pro-government rallies and assemblies organized by public authorities have heavy security measures and yet no interventions. The assemblies supporting government policies can be held in all restricted areas, starting at midnight, while the Law No. 2911 on Meetings and Demonstrations does not permit assemblies after the sunset. This direct correlation between the freedom of assembly and demonstration and human rights defenders requires a specific focus on the authorities’ methods to intervene the human rights assemblies and protests. For this reason, we will briefly explain the main methods and trends employed by the authorities to prevent human rights assemblies and protests, and its dire effects to the human rights defenders in Turkey.

I. Banning, “Unauthorizing” or Intervening Human Rights Assemblies and Demonstrations

To briefly summarize the most significant shortcomings on the freedom of assembly law:

However, the administrative authorities do not submit any grounded reasons for their relevant actions and decisions to prevent assemblies and demonstrations; rather they use broad reasons copied-and-pasted directly from this article for such encompassing interventions.

According to Law No. 5442 on Provincial Administration, under Article 11/C, the governors are entitled to take all necessary decisions and measures to ensure peace and security, personal integrity, and public well-being within the district. This provision was amended on July 25, 2018, right after the end of the emergency rule, by Law No. 7145, which continues to allow for unfettered discretion to provincial governors to take any decisions or preventative measures within their province. Such measures extend to decisions on any type or size of assembly or gathering in open or closed places.  Among other restrictive provisions, the amendments vested governors with the power to ban any person from entering or leaving certain areas for a period of 15 days. Under Article 66 of the same law, those who do not abide the governors’ decisions are subject to sanctions under Article 32 of Law No. 5326 on Misdemeanours. This makes individuals taking part in a peaceful assembly deemed against Article 11/C automatically subject to sanctions in the form of fines.

According to data of HRFT Documentation Centre, in 24 provinces and 6 districts, governors and district governors banned assemblies and demonstrations for 101 times within the first 11 months of 2021.

To contextualize these widespread bans and restrictions with a few significant cases:

As of today, it does not nearly provide a “reasonable chance of success” to seek remedy against these restrictions or ask for the full and effective implementation of the freedom of assembly and demonstrate in front of the courts of Turkey. According to the Ministry of Justice data in 2020, 6770 persons faced investigations on the charges of not complying with Law No. 2911 on Meetings and Demonstrations, while 3171 persons prosecutions of such charges.[9] According to the HRFT Documentation Centre, within first 11 months of 2021, 29 cases against 607 persons for their participation to peaceful assemblies and demonstrations are still pending before the first instance courts. As for the resulting cases, while 39 persons acquitted in 3 cases; 12 persons were sentenced to imprisonment 10 years, 6 months and 5 days in total. In addition, 54 new investigations were launched in relation to enjoyment to freedom of assembly and demonstration. The judiciary for freedom of assembly and association is widely instrumentalized to defer human rights defenders to exercise their rights and creates a chilling-effect on wider circles.

The United Nations Special Procedures in May[10] and July 2021[11] has also communicated to the government of Turkey to draw the attention of the authorities to the relevant international norms and standards that are applicable to the issues described above. With this reminding the Government of Turkey the articles 19, 21 and 22 of the International Covenant on Civil and Political Rights (ICCPR), ratified by Turkey on 23 December 2003, which ensures, the right to freedom of expression and the right hold opinions without interference, the right to peaceful assembly and association.

Also referring to Human Rights Council Resolution 22/6[12], which urges States to ensure that measures to combat terrorism and preserve national security are in compliance with their obligations under international law and do not hinder the work and safety of individuals, groups and organs of society engaged in promoting and defending human rights. It is important to stress that counter terrorism legislation with penal sanctions should not be misused against individuals peacefully exercising their rights to freedom of expression and freedom of peaceful association and assembly. These rights are protected under ICCPR, and non-violent exercise of these rights is not a criminal offence. Counter terrorism legislation should not be used as an excuse to suppress peaceful minority groups and their members. [13]

II. Extra-Custodial Use of Force by Security Forces

Aforementioned bans and restrictions also enable the security forces to practice unfounded, unlawful and extra-custodial use of force against those who claim public spaces for the legitimate exercise of freedom assembly and demonstration, despite unlawful restrictions. The mere fact that an assembly is categorized as “unauthorised” provides the police with the so-called legal basis to disperse protesters and to practice use of force.

Extra-custodial use of force by the security forces has been at epidemic levels for a long time now, and Turkey has been repeatedly criticised by international actors for not taking into account the peaceful nature of the assemblies when policing demonstrations. The security forces may crack down on assemblies that they characterise as “unlawful” or “unauthorised” on the basis of Article 23 and 24 of Law No. 2911, regardless of whether the assembly is peaceful and whether their actions meet the requirements of necessity and proportionality. In addition, the police are equipped with broad discretionary powers and, in practice, whether an assembly can take place without any restrictions largely depends on the decisions taken by police officers and commissioners on the ground. Furthermore, under Article 16 of Law No. 2559 on the Duties and Authorities of Police, police forces are entitled to use proportionate force, including physical force, truncheons, tear gas, pressurised water, and handcuffs to break resistance while executing its duties. This provision, coupled with the above-mentioned provisions of Law No. 2911, enables the police to use force against peaceful protestors who participate in an “unauthorized” or “unlawful” assembly and who refuse to disperse despite a warning.

According to data of HRFT Documentation Centre, 291 demonstrations were intervened by the police forces and 88 events were hindered. As a result of these interventions, 3540 persons, including 28 children, were subjected to ill treatment and torture while being arrested.[14] In this regard, unlawful and unnecessary physical intervention of the police forces forms violence that directly amounts to torture and ill-treatment. According to the Human Rights Foundation of Turkey’s Treatment and Rehabilitation Centres Report, in 2020, 165 people out of 562 applications for torture and ill-treatment practices stated that they were subjected torture in public spaces such as streets/open spaces, people’s living areas and vehicles, which the police use for transportation, while 264 people out of 566 stated the same in 2019. This pattern of accelerating police brutality against protestors and human rights defenders shows the cycle of prevention and deference to practice freedom of assembly and association.

To further restraints on the freedom of assembly and demonstration, widespread bans, restrictions and interventions to the assemblies and demonstrations also carries discriminatory patterns. The brutal interventions to the LGBTI+ and women marches, apart from the authorities’ overall reactionary stance on demonstrations, also aims to supress the visibility and collective requests of these groups. This situation has specifically targeted women and LGBTI+ demonstrations in Turkey, especially if they hold the rainbow flag or any symbol related to LGBTI+ movement. Students, women or LGBTI+ activists, who have exercised their freedom of assembly and demonstration, an overall right to peacefully express their opposition to the government’s policies, were arrested, and many of them faced under criminal investigation.

Today, pride marches in almost all provinces of Turkey are practically banned since 2015 in Turkey, despite the existence of lawful requests to hold them. The last ban was on June 24, 2021, when Governor’s Office of Istanbul rejected the organization of the Pride March, which was to be organized in the Maltepe district, where the government always permitted other sorts of gatherings, on the grounds of “protection of public peace and safety, public morality and health and prevention of terrorist incidents”. On 22 June 2021, the police attacked a picnic organized for the Istanbul Pride March. In this case, while one person was arrested, eight people including lawyers were injured by the police. On 26 June 2021, the police attacked the Istanbul Pride March, which was illegally declared “unlawful” by the Istanbul Governor and arrested 45 people who intended to join the march. As a result of this attack, 17 people applied for HRFT’s Istanbul Treatment and Rehabilitation Centre because of the torture and ill treatment they faced.

In one of the cases, the authorities pre-emptively targeted LGBTI+ community not to hold any assemblies and demonstrations in the first hand. During the state of emergency, Ankara Governorship imposed a blanket ban on all LGBTI+ activities on 19 November 2017 despite any rational link between the reasons for declaring a state of emergency and LGBTI+ activities in Ankara. After the end of the state of emergency, Ankara Governor, in a letter of 3 October 2018, informed all police within its jurisdiction that LGBTI+ events are banned in the city. As justification of the ban, the governor invoked “social sensitivities and sensibilities”, “public security”, “protection of general public’s health and morality” and “protection of the rights of the others” in an abstract manner. Even if these regulations are now lifted, the chilling effect it has created still endures to this day, and the public discourse about LGBTI+ community only has deteriorated ever since.

As adapting a special focus on the intersection between freedom of assembly and association, and its vital importance for human rights defenders in Turkey we call the authorities:

[1] HRFT is an internationally recognized civil society organization that has been offering treatment and rehabilitation services for those subjected to torture and other forms of ill-treatment along with their families and has been working to prevent human rights violations most notably torture since 1990.

[5] The main legislation that regulates the freedom of assembly and demonstration is Law No. 2911 on Meetings and Demonstrations. The secondary legislation regulating the freedom of assembly and demonstration are Law No. 2559 on the Duties and Discretion of the Police, Law No. 5442 on the Provincial Administration, Law No. 3713 on the Prevention of Terrorism Acts, and Law No. 5326 on Misdemeanours.