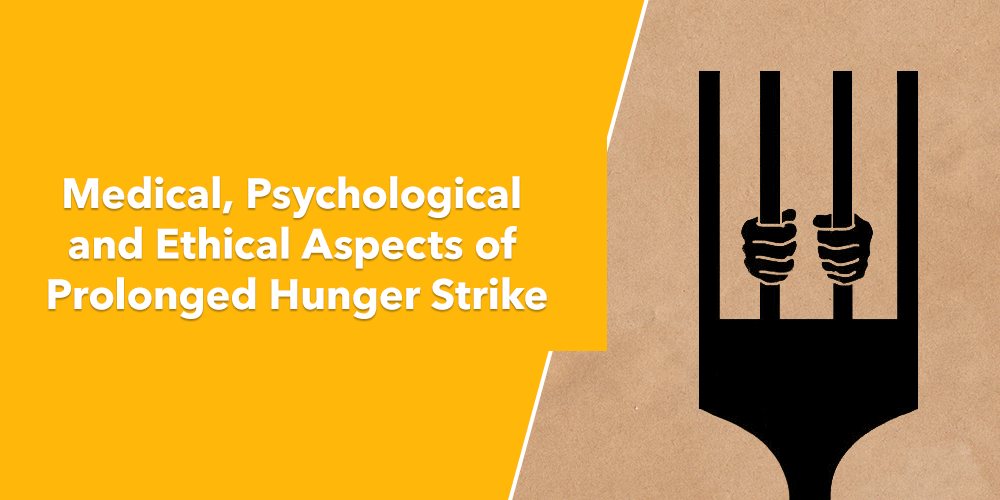 As a result of the hunger strike actions, a diverse number of health problems have arisen. Duration of the action, the way the action ended (forced or willingly), the amount of food and beverages taken during the hunger strike, and the individual characteristics of the striker had particular effects on the type and severity of the health problem occurred. Wernicke’s Encephalopathy, Wernicke-Korsakoff Syndrome, nutritional peripheral polyneuropathy, common and proximal muscle weakness, severe or temporary amnesia conditions, disartry, spasticity, hand tremors, vertigo, deep sense disorders, digestive system diseases, posture problems and muscle and joint-related pain are some of these health problems. Among these clinical pictures, Wernicke’s Encephalopathy and Wernicke-Korsakoff Syndrome are known as the ones which develop due to a decrease in the Thiamin (vitamin B1) supply. Other clinical pictures mentioned are mostly related to malnutrition or to a lack of essential nutrients, primarily proteins, fatty acids and other vitamins. Also, PTSD, depression and other psychiatric pictures were to have occurred. These medical and psychological conditions need intense and long term care and follow-ups.

In this paper, we present some detailed medical and psychological consequences of this specific period of hunger strike actions. Also, ethical aspects of hunger strikes in the light of the experience by the Human Rights Foundation of Turkey and the Turkish Medical Association are to be discussed.

OTHERS
Physician’s Position Against Human Rights Violations
Comparative Study on the Legal Framework of Torture in Turkey and Israel
Shoulder Pain, Impingement Syndrome and Trauma in Torture Survivors
Diagnosis of Torture After 32 Years: Assessment of Three Alleged Torture Victims During the 1980 Military Coup in Turkey
A Significant Diagnostic Method in Torture Investigation: Bone Scintigraphy
Show All
HRFT TWITTER
Show All