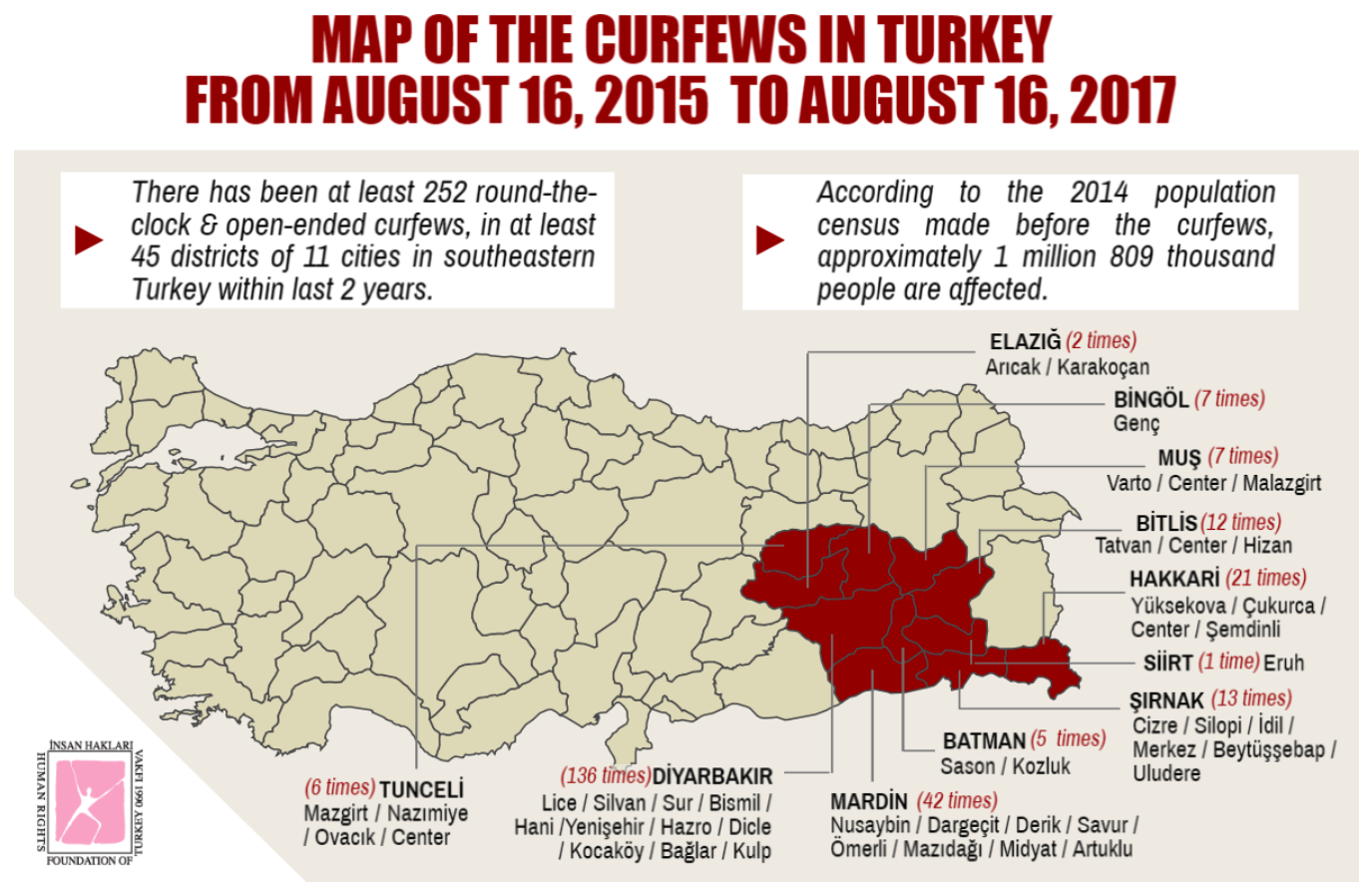 In 2015, the conflicts in Turkey have begun right after the General Elections on June 7, 2015 also due to the effect of the developments in Middle East, along with the reason that a democratic and peaceful solution on Kurdish issue was not able to be implemented as a holistic programme. Within this period, the first one of the round-the-clock and open-ended curfews was declared on August 16, 2015, which are violating the Constitution, European Convention on Human Rights and all the other international obligations of Turkey within the field of basic rights and liberties. According to the information gathered by the Human Rights Foundation of Turkey Documentation Center, between August 16, 2015 and August 16, 2017, there has been at least 252 officially confirmed round-the-clock [all daylong] and 1 open-ended curfews in 11 cities and at least 45 districts of Turkey within the last 2 years.

This data reveals the fact that the practice of violation is ongoing since the last fact sheet of HRFT on June 1, 2017 by showing that more and more curfews are declared since then.

It is estimated that, according to the 2014 population census, at least 1 million 809 thousand residents have been affected by these curfews and fundamental rights of these people such as right to liberty and security of person; right to privacy, family, home or correspondence; freedom of assembly and association; freedom of religion; freedom of receive and impart information; right to the reserve of property; right to education and especially right to life; right to health and prohibition of torture are explicitly violated. Yet, this data is not possible to be updated since the regions of curfews slid to the villages and flatlands in 2016, by the reason that their population census is whether not taken or not released to the public.